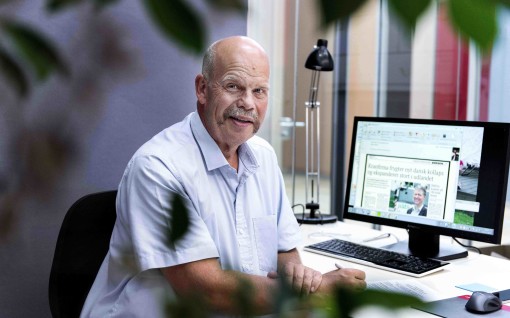 The company works with both PR, Public Affairs, communication and journalism, and was founded in 2008 by editor Mads Stenstrup, among other a former journalist at the newspaper Jyllands-Posten, 1997-2008.

Stenstrup PR’s owner Mads Stenstrup was born in 1966, journalist educated at the Danish Journalisthøjskole 1986-90 and has worked with business and the consumption area at a total of six Danish newspapers lastly:

• 1997-2008 Jyllands-Posten, first at Aalborg editorial offices, then as defense employee and later on the Consumer edition and JP’s consumption website FPN.dk – throughout the period with North Jutlandish business stories as the page range.

Mads Stenstrup is also a jury member and the press responsible for “The Nordic Prize”, see www.thenordicprize.org – just as he works closely with the Danish Dining Guide.

Mads with the megaphone